The process of perforating metal sheets is not new; it has been done for at least 150 years. It took on special importance in the late 19th century as part of the process of separating coal. Back then, the perforations would be done manually, by hand, by a single labourer or a team working together. Each labourer would punch holes in the sheet using hammers and chisels.

The process was time consuming and arduous. The results were also often inconsistent, as a labourer was not as accurate or consistent as a machine. Technology advanced to employ a series of needle-like punches that were forced down through the metal surface, creating more regular patterns of holes. This technique is still often used, though the speed, accuracy, and power of the machines has greatly increased.

Today we use rotary pinned perforation rollers, die and punch presses, and even laser perforators to create complex and ultra-accurate holes and patterns.

How Is Perforated Metal Made?

Manufacturing perforated sheet metal involves a few simple steps. It begins with a sheet of material, which is flat thin and usually rectangular in shape. It is then bent into a specific shape and perforated, or perforated and then bent, depending on the design. Bends can be sharp, such as a right angle or box shape, or they can be rounded to form a curve or tube. 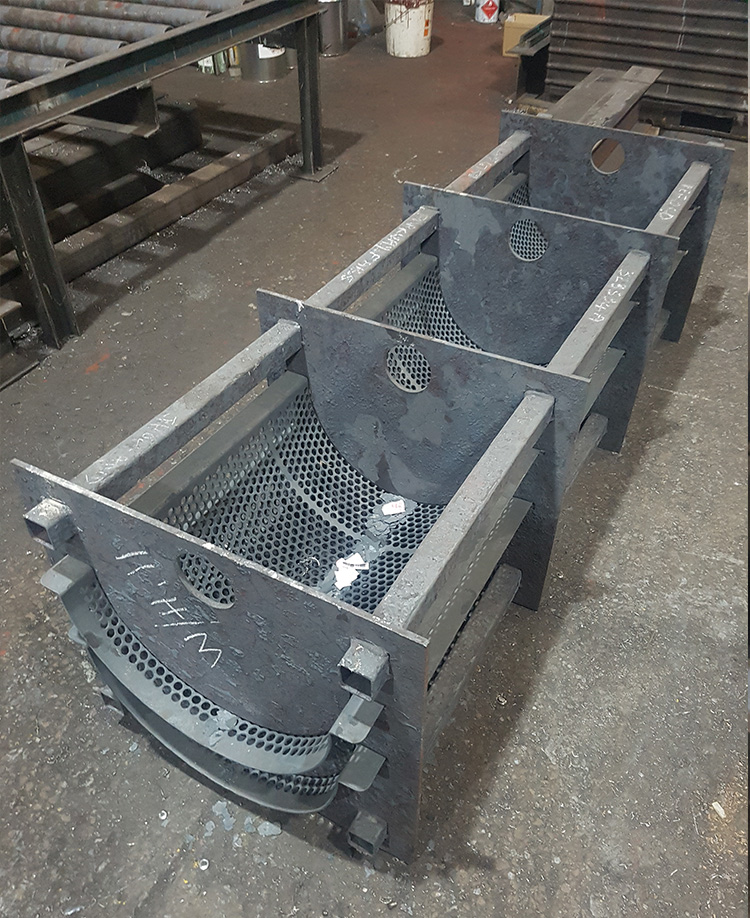 In most of the world, the thickness of the sheets is measured in millimetres, but in the United States (and often in Canada too), it is measured in gauges. The higher the gauge, the thinner the material, so this can be confusing at first.

The most common method of perforating the sheets is one of the oldest. It uses a roller with pins on it, and the sheet is passed under it while a great deal of weight is applied to the roll. The pins punch through the metal leaving holes behind. This method has the benefit of being able to quickly perforate long sheets, or several sheets passed through the system one after the other. Sometimes the pins on the roller are heated, which acts like a primitive weld, causing a rounding of the edges and a reinforced ring around the edge of each new hole, often used in perforated metal cladding.

A similar method is the ‘die and punch’ system, which also moves long sheets or series of sheets along a belt, but instead of passing under a roller, they pause and are perforated by another sheet, equipped with pins and lowered from above.

After a sheet is punched, the remaining waste pieces from the punching are sheared off and the surface smoothed. This method is also very fast and more than accurate enough for most applications.

Another method – this one much more precise, but also much more expensive – is the laser perforation technique. As the name suggests, this method uses a laser to cut the perforations. The edges of each hole are automatically reinforced and smoothed by the heat of the laser, and the method is capable of far more accuracy and consistency than the other methods.

Casting with metal is similar to casting with any other material. The metal is heated until it becomes liquid and can be easily poured into a shallow mould. The mould includes the desired shape as well as runners and risers that control shrinkage.

Perforations achieved by any of these methods can include various shapes, like square, round, slotted-rounded, hexagonal, star-shaped and so on. The only limitation is the size of the pin required, and if lasers are used, even that is not an issue. (source, Steelgram Fabrications)

Perforated metal is used for all kinds of purposes. Sheets can serve as balustrades, infill panels for railing or privacy walls, sound-proofing, shading, security screens, observation screens, ventilation, or even just because they look good. Many industries use them as well.

I'm Simon, the admin here at Crookes Online. I blog about the local area, usually local businesses, charities and projects that are going on, to help people understand more about Crookes and Sheffield as a whole. Subscribe to get the latest updates, and leave a comment with any questions and I'll get back to you.

Latest posts by Simon (see all)

I'm Simon, the admin here at Crookes Online. I blog about the local area, usually local businesses, charities and projects that are going on, to help people understand more about Crookes and Sheffield as a whole. Subscribe to get the latest updates, and leave a comment with any questions and I'll get back to you.

Everything you need to know about your favourite student hotspot! 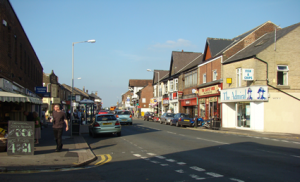